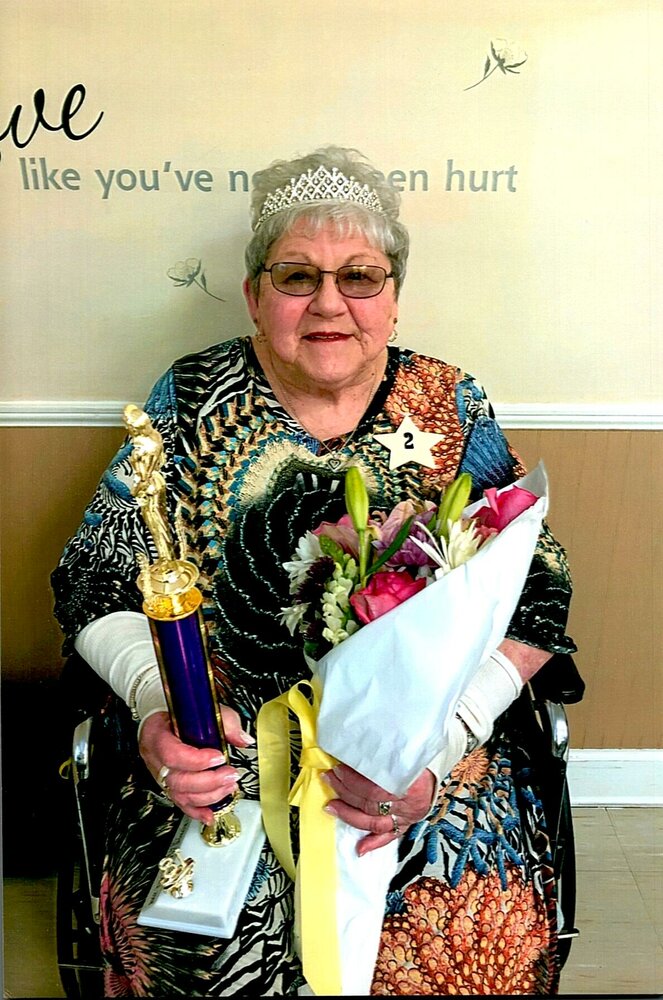 Please share a memory of Maxie to include in a keepsake book for family and friends.
View Tribute Book
Maxie Rebecca Stanley Smith Cox age 87 of Fyffe passed away Monday, Feb. 21, 2022 in Crowne Health Care. FUNERAL 2pm - Friday Feb 25, 2022 W.T. Wilson Funeral Chapel OFFICIANT Father Rick Chenault BURIAL Mt. Moriah Cemetery SURVIVORS---------- (sister) Marlin Stanley Peppers (2 daughters) Paula & Dennis Goza Cynthia & Doug Phillips 6 nieces & nephews 12 great nieces & nephews 11 grandchildren 13 great grandchildren PALLBEARERS Nicky Peppers, John Goza, Willie Gilreath, P.J. Phillips, Josiah Phillips, Derrick Miller HONORARY PALLBEARER Jason McMullan Preceded in Death By - Parents- John Lee & Myrtle Stanley Brother - D.L. Stanley Daughter - Rebecca Kay Gilreath Maxie was born on Sand Mountain, March 1, 1934. She was the oldest daughter of John Lee and Myrtle Irene Stanley. She married Ray Smith and they had Rebecca Kay and Paula Elaine. They divorced and she married John Cox and they had Cynthia Ann. They traveled around for a while due to John's work and finally settled and bought a farm in Dickson, Tennessee and lived there for about 15 years. They attended St. Patrick's Church in McEwen, Tennessee, and ran the hot sauce stand at the Irish Picnic until they moved back to Fyffe, Alabama. Maxie had a talent and love of crafts which she did until she couldn't any longer. She moved into Crowne Nursing Home and participated in beauty contests, bingo, and other activities. She lived there until she made it to her heavenly, eternal home.
To send flowers to the family or plant a tree in memory of Maxie Cox, please visit Tribute Store
Thursday
24
February

Look inside to read what others have shared
Family and friends are coming together online to create a special keepsake. Every memory left on the online obituary will be automatically included in this book.
View Tribute Book

Share Your Memory of
Maxie
Upload Your Memory View All Memories
Be the first to upload a memory!
Share A Memory
Send Flowers